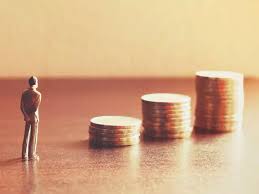 What Is Your Investment Style?

At their core, they’re both ways to put your money to work and make it grow over time—but there are some key differences between them.

This article will explain the main distinctions between active and passive investing styles so you can choose what’s best for your portfolio!

Active investments are those that are actively managed by a professional investor. They can be a good choice for investors who are willing to take on more risk in exchange for potentially higher returns, but only if you have the time and knowledge required to make smart investment decisions yourself.

That’s because active investments tend to have higher fees than passive ones, which can eat into your profits over time.

Active investors also have other tax advantages: If you sell an actively managed mutual fund or ETF from one year to the next and then reinvest that money in another active fund, it won’t count as a taxable event—but if you do the same thing with a passive index fund or ETF (and sell before December 31st), then it will count as capital gains income.

Passive investors are those who don’t try to beat the market, but instead, buy and hold investments for the long term. You might think this is a risky strategy, but it’s not.

Passive investing is based on the principle that markets are efficient and prices reflect all available information about a company.

As such, if you invest in just one or a few stocks within an index fund or ETF (exchange-traded fund), your return will be essentially identical to what you would have earned by buying all of those stocks individually—minus any transaction fees!

Passive investors typically use index funds — mutual funds that track an entire market segment like large-cap stocks or small-cap growth companies — as well as ETFs which allow them to trade with greater ease than traditional mutual funds.

These investments have low turnover rates (the rate at which securities are bought and sold) so they’re less likely to incur capital gains taxes than actively managed portfolios with higher turnover rates.

Passive investors also tend not to try and time the market because they’re comfortable letting their money work for them over long periods without making changes along the way.

Recommended: How much is Health Insurance in Nigeria?

There are two ways to invest

Investing is not a one-size-fits-all activity. There are two major approaches that investors can take when deciding how to use money: active investing and passive investing.

For active investors, this means making their own decisions about which stocks to buy and sell, based on the research they’ve done or the advice of others.

They tend to be more successful in the long run than passive investors (who simply buy a portfolio that mimics an index fund).

You would then monitor these companies’ performance over time by comparing them against one another as well as against an overall market index like S&P 500 Index®​ or Dow Jones Industrial Average®​ (DJIA)​ (which measures how well large publicly traded American companies are doing).

Whichever investment style you choose, the most important thing is to be consistent. If you decide that you want to invest in a certain way and then change your mind later on, it can be very confusing for your portfolio. Remember: if you’re going to make a change, do it before starting any new investments or making any changes to existing ones.